The expression “first thought, best thought” is usually attributed to Allen Ginsberg. Ginsberg indeed popularized the phrase but it was actually coined by his Buddhist teacher Chogyam Trungpa Rinpoche. Further, there is William Blake’s dictum “First Thought is Best in Art, Second in Other Matters,” also cited by Ginsberg. This expression is often misunderstood to mean first word, best word by people who believe that thoughts and words are one and the same.

Behind first thought, best thought stands a particular epistemology. It’s based on a specific practice of observing the rise and fall of thoughts as they occur moment by moment, called by Buddhists shamatha-vipashana in some traditions and zazen in others.

The careful and repeated observation that comes from being grounded in shamatha-vipashana practice will reveal that thoughts are not simply words but images and emotions, so to capture that first thought is to be aware of the image/emotion in all its starkness. The skill comes in finding the right words to embody that thought in its naked immediacy, and this may involve re-writing.

I say re-writing instead of revision because the latter term implies a departure from that first thought/vision. When looked at a second time, re-vised, re-viewed, either a self-censoring curtain drops between the poet and her original inspiration or the energy of the first flash has been dissipated. Then the poem becomes words referring to earlier words so that the first energizing thought is lost and the end product at its best becomes a prism of language through which language itself is viewed, and at its worst becomes a dried ball of word paste.

“If you stick with the first flashes, then you’re all right. But the problem is, how do you get to that first thought—that’s always the problem. The first thought is always the great elevated, cosmic, non-cosmic shunyata thought. And then, at least according to the Buddhist formulation, after that you begin imposing names and forms and all that. So it’s a question of catching yourself at your first open thought” Ginsberg noted. The unfamiliar word shunyata is a Sanskrit term that’s usually translated as “emptiness” and refers to the insubstantial nature of thoughts and things.

The method of composition using first thought, best thought is noting the image/emotion in words as soon as it manifests itself in one’s mind, “like a flash of lightning in the dark of night.” The poet attempts to describe in words the thought in all its vivid particulars. Sometimes the poet hits the right words immediately, sometimes the poet must carve the poem out of all the words and images that pour from her pen (or word processor.) Gregory Corso called this process “tailoring.” The poet takes the fabric bolt of words and cuts it to an elegant suit of language that preserves original mind in all its rich allusiveness, charged with emotion and insight.

So first thought, best thought is a challenge to the poet who wants to communicate that super-charged flash of awareness-insight into the reality of the moment, whatever that moment may be, however it may be characterized, whether of joy or sorrow, awe or despair, or quiet appreciation of what is.

Corrigenda for last month’s Cover Story:
“One of Allen Ginsberg’s writing slogans is, ‘If the mind is shapely, the art is shapely.’” Ginsberg did indeed make use of this slogan, but it comes from Jack Kerouac. Marc Olmsted informs me that “Mind is shapely, art is shapely” comes from Kerouac, though it has been attributed to Ginsey – and as far as I know, the slogan did not contain “if”—so it has an interesting double level—as in Buddhism itself—that if the mind is mindful, the art will be mindful, but also one just needs to recognize that the mind is already shapely, i.e., unclouded awareness itself is naturally mindful, so art is spontaneously “accurate” as it were— not unlike Krishna saying to Arjuna in Gita, “established in yoga, perform action,” to borrow from another tradition. 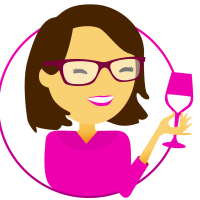